Bald Cypress trees tend to grow in wet and swampy soils along riverbanks and flood plains in the wild. Some specimens of bald cypress have been reported to be as old as 1000 years. Despite the fact that these trees love an ample supply of water, they can still grow as far north as southern Canada, New York, and Minnesota. Bald cypress trees make one of the best bonsai trees. As a bonsai owner, you should understand how vital it is to take care of your miniature plant; thus, in this article, we will discuss the bald cypress bonsai pruning.

To rejuvenate a bald cypress bonsai means to trim it; however, it should be done with utmost care. You will have to keep its roots moist as possible; therefore, prune and trim your cuts at a certain angle that will encourage water to run off stumps. Usually, the goal for pruning a bald cypress bonsai should be yearly thinning instead of major thinning, which tends to take place less frequently.

When to Prune Bald Cypress Bonsai

It is highly advisable to let the trunk of your bald cypress bonsai develop well before pruning it; this will prevent a scraggly look. In the wild, bald cypress tends to grow much faster in the ground in warm climates, since it is often found in swampy areas.

When pruning your bald cypress bonsai, you will need to consider a style that will best suit your bonsai. Most bonsai growers have noticed some success in growing their bonsai in several ways, including formal upright, groups, informal upright, twin trunk, slanting, and literati. However, formal upright is considered the best shape, since bald cypress tends to grow in this manner while in the wild.

Bald cypresses are fast-growing trees; as a result, they have to be watched closely. If you fail to keep a close eye on your tree, the wires can potentially damage it significantly. In order to prevent this from happening, you should consider tying down your branches with twine wire. For a better result, you might consider making a slight incision on a larger branch. By doing so, you will enable the tree to pull its branches down, and its wound will heal within a short period.

How to Prune Bald Cypress Bonsai

In order for you to get a good knee on your bonsai, you should grow your bald cypress in wet and swampy soil; you can achieve this by using an undrained deep swampy bonsai pot. You will then allow your tree to grow and develop a thick trunk before cutting its back. This is because bald cypress tends to grow very fast, and wiring tends to damage its back when not watched closely.

New shoots need to be shortened when they start producing lateral growth. When you prune them too early, they will die during the autumn season. It is advisable to prune the branches during autumn or early spring season. Furthermore, bald cypress often produces lots of new buds in its trunk, forks and branches. The buds that are not useful when designing your bonsai need to be removed in its early stage. On the other hand, young branches and twigs can be wired and shaped, since when they age, they become stiff and brittle. To lower the branches, you should use guy wires for the best result. 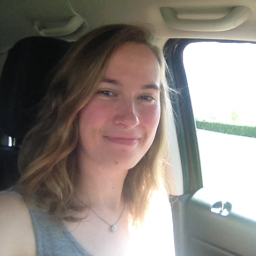